Are you a fan of Tom Hanks? Gosh. He’s been in way more awesome movies than I could count. So sooooo many incredible movies. Movies that have made me laugh, many that have made me cry. He’s starring in the new DreamWorks Pictures’ BRIDGE OF SPIES, directed by Steven Spielberg!

This dramatic thriller tells the incredible story of an ordinary man placed in extraordinary circumstances. Isn’t that the premise of MOST of Tom Hank’s roles?!?! Check out this brand new trailer…Opens in theaters everywhere October 16th!

“A dramatic thriller set against the backdrop of a series of historic events, DreamWorks Pictures/Fox 2000 Pictures’ “Bridge of Spies” tells the story of James Donovan, a Brooklyn lawyer who finds himself thrust into the center of the Cold War when the CIA sends him on the near-impossible task to negotiate the release of a captured American U-2 pilot. Screenwriters Matt Charman and Ethan Coen & Joel Coen have woven this remarkable experience in Donovan’s life into a story inspired by true events that captures the essence of a man who risked everything and vividly brings his personal journey to life.” 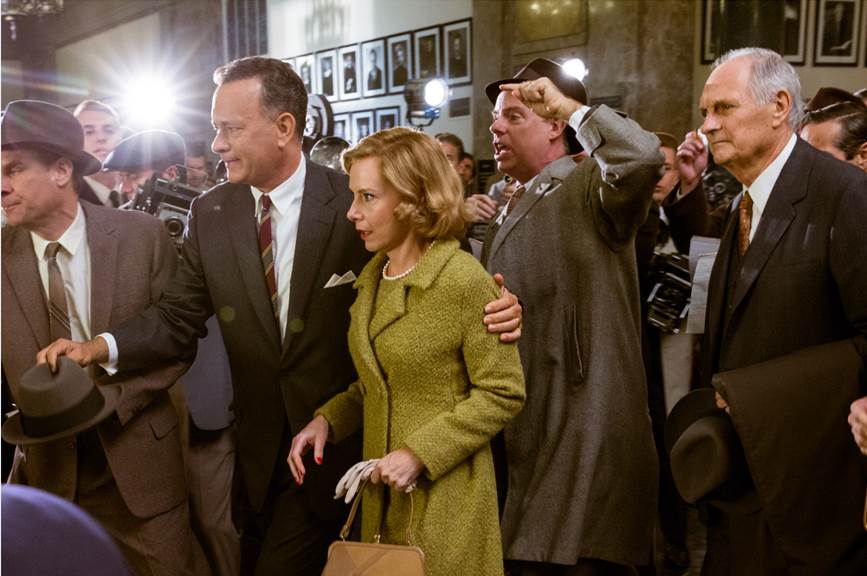